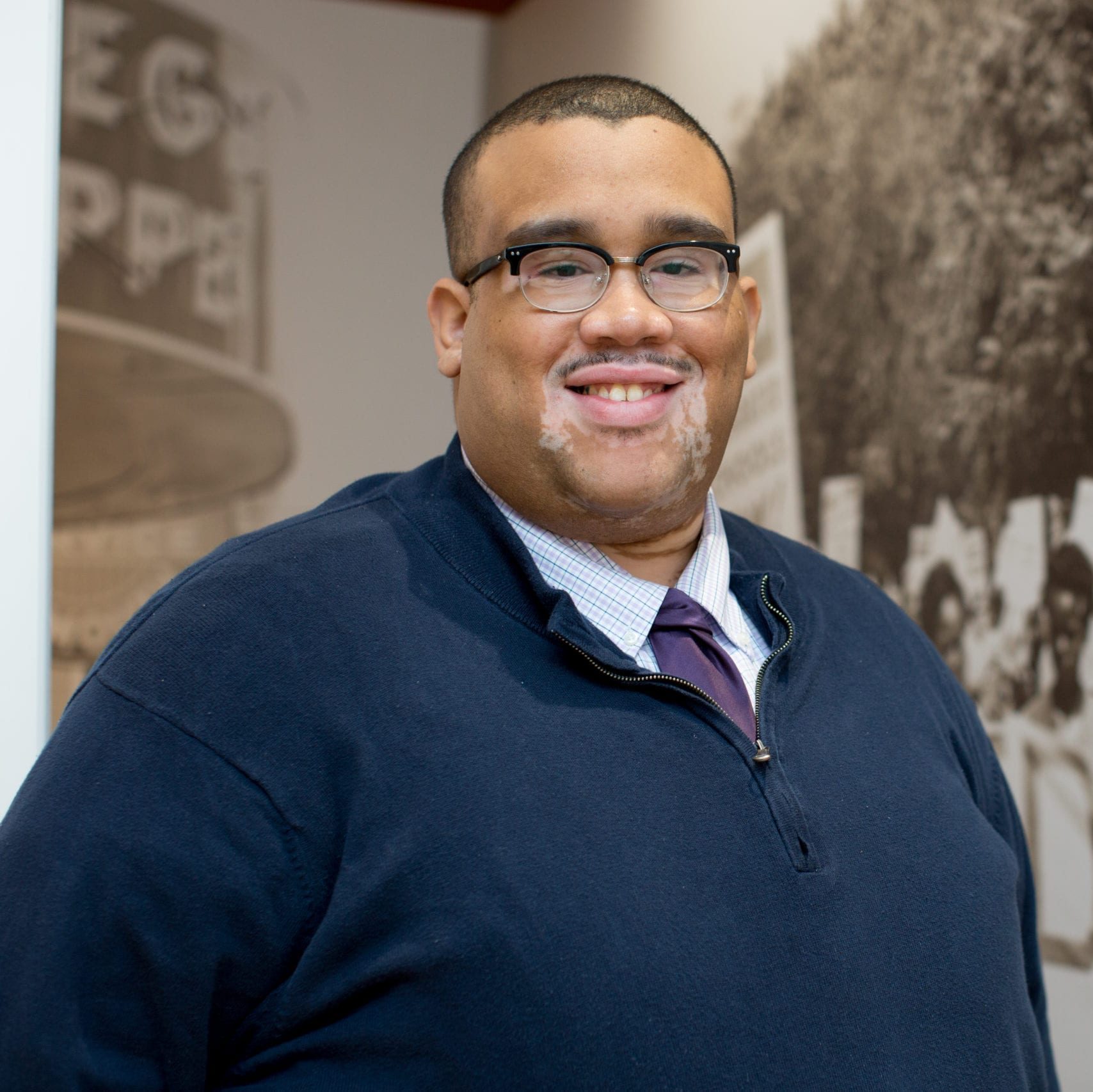 Cameron D. Patterson serves as the Executive Director for the Robert Russa Moton Museum (Moton), a National Historic Landmark and museum, that preserves and constructively interprets the history of Civil Rights in Education, specifically as it relates to Prince Edward County and the leading role its citizens played in America’s transition from segregation towards integration. Cameron additionally serves as a member of the Executive Leadership Team & Steering Committee for President W. Taylor Reveley IV of Longwood University.

Since joining Moton in January of 2017, Cameron has led efforts to grow staffing support, increase Moton’s presence across the Commonwealth, solidify a thriving partnership with Longwood University, increase programs, and expand resources for young visitors. Professionally Cameron is actively involved as a member of the Virginia Museum Association and the American Association for State & Local History having shared professional knowledge at numerous conferences and taken an active interest in assisting with museum advocacy efforts both statewide and federally.

Before joining Moton, Cameron worked at Longwood University in numerous roles within Student Affairs. Cameron received both his Bachelor’s and Masters degrees from Longwood University. Cameron has also completed additional certificate programs through the University of Richmond. Cameron is actively involved in the local community and across the Commonwealth, supporting several different organizations and initiatives. Most recently Cameron was appointed by Governor Ralph S. Northam to serve as a member of the Virginia African American Advisory Board. Cameron also serves as a member of the State Board of Directors for the Virginia Center for Inclusive Communities, Chairman of the Board of Directors for the Farmville Area Chamber of Commerce, Vice Chairman for the Farmville Planning Commission, and At-Large Board member for the Virginia Children’s Book Festival. Cameron is also a proud Jaycee, Lion and Rotarian.