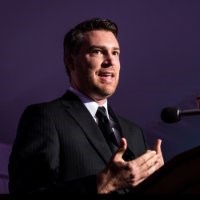 Virginia native Justin Kerns is a playful traveler, having visited 49 of the 50 states and number of European and Asian countries. He has lived in North Dakota, Colorado, Massachusetts and Southern California before returning to his home state of Virginia in 2013. He earned a Bachelor of Science with Honors and Master of Science with Distinction in Recreation and Tourism Management from California State University, Northridge, where he also co-founded the student-run Recreation Management Association.

Justin found his true calling in the DMO/CVB world upon returning to Virginia, where he first worked as Tourism Director for Mecklenburg County, Virginia and now as Executive Director of the Winchester-Frederick County CVB. His regional efforts include co-creation of the Southern Virginia Wild Blueway, co-creation of the Distinctly Southern Virginia collaborative, former chair of the Virginia’s Retreat regional DMO and former member of the Board of Directors for the Southeast Tourism Society. He currently serves as the VP of Education for the Virginia Association of DMOs and is the Virginia State Chair for the Southeast Tourism Society Congressional Summit.

In his spare time he loves volunteer coaching for the Top of Virginia Hockey Alliance, managing a bluebird nesting box trail, teaching an online upper-level sustainable tourism course at Cal State Northridge, playing goalie for a few ice hockey teams, and most of all he enjoys perpetually driving his two young children around to their many activities and watching them grow.