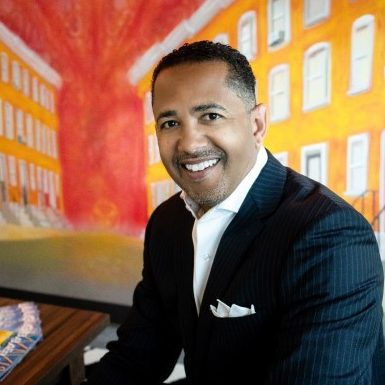 Al Hutchinson joined Visit Baltimore as president and CEO in November 2016. As the chief executive of the city’s official destination sales and marketing organization, he is responsible for overseeing the promotion of the Baltimore region as a destination for conventions, meetings, leisure visits, day-trips, group tours and family reunions, in addition to serving as the hospitality industry’s liaison to the business, civic and local community, and demonstrating the impact of tourism on the City and the State.

Hutchinson brings more than 26 years of experience in the hospitality and destination marketing industry to Baltimore. He most recently served as president and CEO of Visit Mobile, where he was recognized as the 2016 Alabama Restaurant and Hospitality Alliance’s ‘Tourism Promoter of the Year,’ and in 2014 was the recipient of the National Coalition of Black Meeting Planners ‘Pioneer Award’.

Prior to joining Visit Mobile, Hutchinson served as the Vice President of Convention Sales and Services at the Virginia Beach Convention and Visitors Bureau, where, for more than 11 years, he led the convention sales and services team, directed the advertising agency and worked closely with community leaders, industry decision makers, elected officials and tourism partners.

Hutchinson has also held previous leadership positions with the Greater Pittsburgh Convention and Visitors Bureau, the Charlotte Convention Center, the Park Hotel in Charlotte and the Richmond Metropolitan CVB.

Hutchinson is a graduate of the University of Alabama and currently serves on the Board of Directors for Destination International’s Foundation; United States Travel Association (USTA); and the Religious Conference Management Association (RCMA). In the local community, Hutchinson serves on the Board of Governors for the Center Club, the Charles Street  Development Corporation, the Downtown Partnership of Baltimore’s Board, the Sports and Entertainment Corporation of Maryland, and the Visit Baltimore Education & Training Foundation Board, in addition to leading the Baltimore Convention & Tourism Board, which oversees both Visit Baltimore and the Baltimore Convention Center’s seamless and effective sales process.

Hutchinson is married to wife, Unae Hutchinson, and has two children, Asia and Jalen.